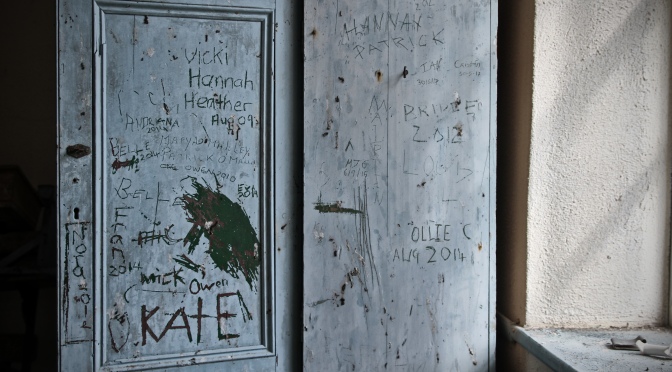 The townland of Greenaun is located to the southwest of the village of Tourmakeady on the shores of Lough Mask in Co. Mayo. The Partry Mountain range lies to the west of the lake, and from there a number of mountain streams tumble and flow down the hillsides and enter Lough Mask below. On the opposite side of the lake to Greenaun, the towns of Ballinrobe and The Neale are located on the relatively-productive flat-lands. In between these two areas Lough Mask glistens like a shimmering silver mirage on a bright day, and lights up the surrounding landscape with the most brilliant light. The Place-name ‘Greeneaun’ translates as solarium; a fort commanding a prospect’. From the elevated position on the west of Lough Mask and looking east with the mountains behind you, the landscape seems open, with panoramic views across the glistening water body and the wild lands of this part of Co. Mayo.

Historically, a large portion of the southern part of the parish of Tourmakeady was formerly part of Co. Galway. However, in 1898 the entire parish was transferred to Co Mayo. Like much of this area around North-Galway/South-Mayo, the wider region was predominately Irish speaking until recent decades. Today, the Gaelic speaking areas in Co. Mayo have been reduced to just three clusters; Erris, Achill Island and Tourmakeady. There are 1,000 people living in the parish of Tourmakeady of which approximately 400 are daily Irish speakers.

The mountainous landscape was dotted with small farmsteads through the 19th and earlier parts of the 20th century. But the area was devastated during the Great Famine of the mid-19th century and never fully recovered from this tragic event. Like the Irish language, the population dwindled in the years and decades that followed. At the turn of the 20th century, many one-roomed schools were still in use in the area, but as the century progressed, many were closed or consolidated as people left the area and emigrated abroad. Some of these school buildings still remain on the landscape in varying ruinous states, though the population that required them is now gone. Below are some other examples from the immediate area around Tourmakeady:

END_OF_DOCUMENT_TOKEN_TO_BE_REPLACED 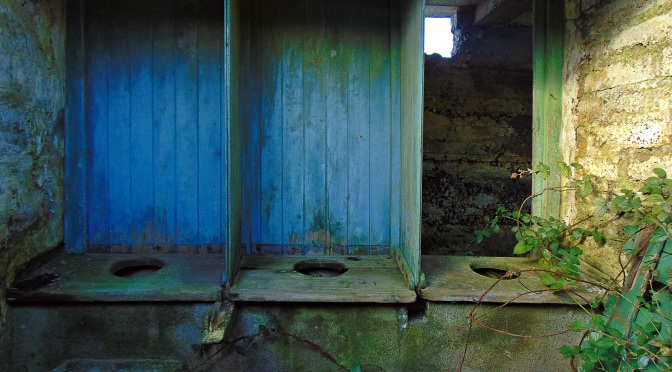 Shanvaghera National School is situated in the townland of the same name, just off the N17, a few kilometres north of Knock in County Mayo. Although the exterior of the building is not particularly striking, the interior is well preserved. The building is certainly in a ruinous state, with nature invading through the shattered glass and broken doorways. Nonetheless, original features such as the wooden partition that divided the main room into three classrooms, three original fireplaces, and a single school desk add wonderful atmosphere to this building. The separate entrances for boys and girls are to the rear of the school, and the numbered coat hooks once used by the pupils can be seen in the entrance hall. The suspended wooden floor was solid enough to walk on when I visited. The school closed in 1968/69.

To the rear of the main building is the former toilet block where the wooden elements of the non-flushing latrines remain.