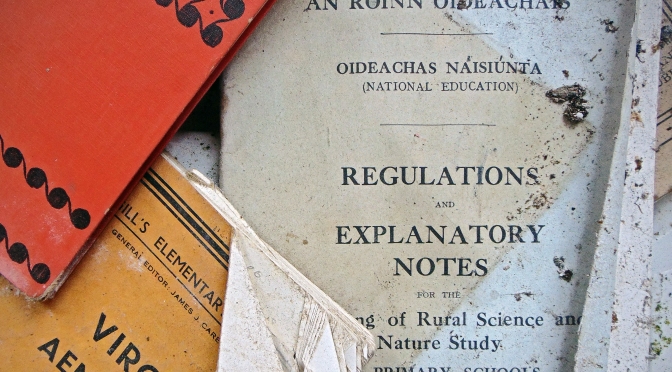 The disused Schools Blog has been featured in a number of online and printed media outlets. Follow the links below to read what they had to say. If you would like to feature the Blog in your publication, feel free to get in touch via the Contact Page 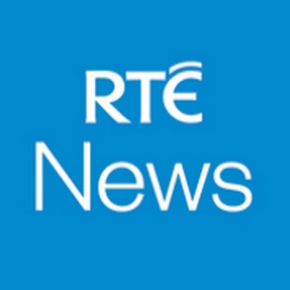 During the 1980s, I used to visit small village and country schools in Donegal, Leitrim and Sligo to show slides and give talks about Africa, Asia and Latin America to children and teachers in the North-West. Sometimes I travelled along winding small roads away from the main routes. The remains of closed-down primary schools in townlands that were dotted with derelict cottages would often come into view. Oliver Goldsmith’s long poem The Deserted Village came to mind.(I had as a teenager read its entire 2000 lines of rhyming couplets and admired Goldsmith’s loving word pictures of a vanished countryside civilisation.) The old schoolmaster and his country school was a long extract that appeared in school reading anthologies. It conjured up memories joyful,
sorrowful and physically desolate in the primary schooling of many generations.

Now Enda O’Flaherty, a Cork-based archaeologist, has produced a visually stimulating book of photographs and information about abandoned old school buildings that he has visited on holiday and field survey travels over a number of years. He was struck by the stark isolation and dilapidation of schoolhouses that were built around Ireland, especially its remoter parts, during the 19th century until the mid-20th century. He took photographs of their facades and the fading plaques that indicated the date of construction. Gingerly he trod his way inside to photograph the decaying interior porches, classrooms and outside latrines. These photographs will take many readers back to their educational childhoods. They will resurrect joyful, mournful and eccentric memories of early schooling. Mr. O’Flaherty’s photos are truthful and starkly accurate. The cover photo shows the tattered wall map of Ireland, a mildewed desk, green paint flaking off the lower classroom wall, scattered pages and dog-eared textbooks untidy on the floor, the outline of electric wiring and fittings on a fading yellow upper wall, and an open green door with some of its wooden boards stripped away by scavengers.

Many of the photos resemble Dutch interiors by old masters like Vermeer. In this case the subject matter is tragic rather than celebratory. The photos show light shooting through tall windows, through open doors and through the windows of folding partition panels that enabled teachers to divide classrooms in two. The light accentuates the emptiness and casts the original colours of walls, notice boards, doors, cupboards and tiled floors in a sad fading hue. The author captures details of corridors, of numbered rusting steel hooks in porches, of vandalised floor boards and of vitreous wash basins. In just a few photos we see the rotting remains of pianos and an organ, testifying to the happy presence of musically-inclined teachers who seriously taught solo and group singing to the lucky pupils.

The author only occasionally reveals evidence of sporting facilities beside or behind old schools. One photo shows the rusting frame of a basketball. We have to guess that many schools had playgrounds but no football pitches. Some of these schools were built in the late 19th century and closed 50, 70 or more than a hundred years later. Some were built early in the 20th century and closed about 30 years later. The latest
closed school featured in this book shut its doors in the 1990s. In some cases old country schools were closed and ‘amalgamated’ with new buildings in larger villages some distance away. The Department of Education closed down a lot of one-teacher schools from the 1960s onwards, on the grounds of cost cutting, comfort and educational improvement.

POPULATION DECLINE – The big story of school closures is population decline. People on small farms fled from the poverty of rural Ireland and sought better chances in Britain, North America or Australia. School enrollments shrank to zero. The author mentions that in the early 20th century there were about 40 primary schools on Ireland’s offshore islands. Today there might be half a dozen left. The author photographed three of the deserted island schools.

The author as an archaeologist discusses the geographical location of schools and the social context. He pays particular attention to architectural plans of the Office of Public Works OPW which planned many but not all schools. He states that locally designed school buildings are examples of vernacular architecture i.e. they were built for a practical purpose, like country and village cottages, without much attention to fine points of design. They served their purpose. Many generations of children for good or ill passed through these buildings and received the rudiments of primary education – the Three Rs and religion. They learned basic geography, folklore, music, history and a sense of community and place. Schooling is an impressionable time in the acculturation of children. For too many Irish children their formal schooling stoppedat the age of 14. They skipped second level schooling and went straight to the university of life wherever they found it.

Enda O’Flaherty has done a service in reminding us of how some of our ancestors fared in childhood during the last century of colonial rule and the first sixty years of self government. The book is well bound and printed on high quality paper that enhances the photos. Look at the photos and admire the mental and physical resilience of teachers and pupils who once gave life to the deserted buildings.