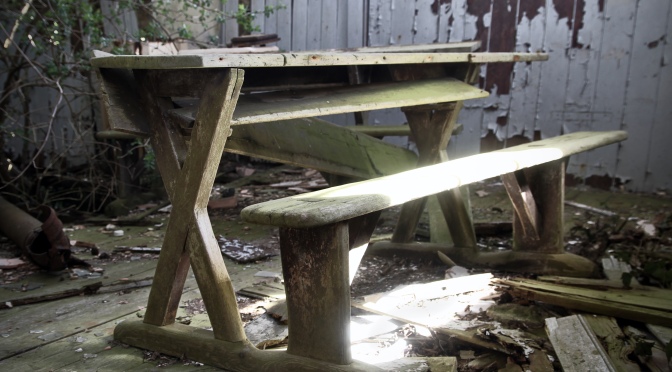 The little village of Glenfarne is located in north County Leitrim, surrounded by rolling drumlins and boggy lakelands that are so characteristic of this part of the country. The soil quality is poor, the lands are often damp and unproductive, and in recent decades, much of the landscape has been planted with vast  expanses of commercial forestry in an effort to put the landscape to some commercial purpose.  Leitrim is the least populous county in Ireland – often the butt of the joke in regional banter and rib-poking. But I don’t think anyone there really cares about that. In reality the county offers wonderful lakeside isolation, with forest-covered hills over-looking small hamlets, vernacular houses and ruinous clachains. It is a peaceful landscape, and though it can be harsh during a long winter of short evenings, in summer the still lakes glisten in the sunshine without the disturbance of excessive tourism.

The village of Glenfarne is probably best known as the site of the original “Ballroom of Romance”, which inspired a short story by William Trevor and was subsequently turned into a movie by the BBC. The story itself is a little grim; set in rural Ireland in the 1950s, the lead protagonist Bridie has been attending the local dance hall for years in the hope of finding a good husband who can help work her family’s farm. Now surrounded by younger prettier women at the dances, she comes to the realisation that all the good men of her generation have emigrated or have been spoken for; and her only remaining hope for marriage is with the alcoholic and unreliable Bowser Egan.

The story of The Ballroom of Romance is set in a landscape of rural decline and emigration – common themes of rural Ireland that are particularly strong in Co. Leitrim through the 20th century. Glenfarne was once serviced by the Sligo, Leitrim and Northern Counties Railway line from Eniskillen to Sligo. The line opened in January 1880 and finally closed on 1 October 1957. A sawmill and creamery operated adjacent to the railway line, and a tourist hotel was located in the adjacent townland of  Sranagross. And just to the south of the railway in the townland of Brockagh was the the old two-roomed school house – Brockagh National School, built in 1885, but now empty and abandoned.

Brockagh National School was closed in the 1970s when St. Michael’s N.S. Glenfarne, was constructed and opened. However, the new school was the result of the amalgamation of 6 local schools, Brockagh, Loughross, Cullentra, Tawnyinshinagh, Cornamon and Carringengear. The initial enrollment was 195 pupils in 1970. The school has current enrollment of 65 pupils drawn from the immediate locality. Today it is difficult to imagine that the locality once required six individual national schools, albeit somewhat smaller in size.

The standing remains at Brockagh are that of a two-roomed school house of a ‘to-plan’ design supplied by the OPW at the time. Originally the building comprised a single classroom with three tall windows at one gable, and an open fireplace at the other. The interior was subsequently divided with a partition wall. Inside, the suspended timber floor has begun to rot and collapse beneath your feet. Large parts of the slate roof have fallen away, and what remains of the school furniture is slowly disintegrating inside.

The tall gable windows are particularly striking. They are three ‘six over twelve’ sliding sash windows that allow light to beam into the classroom from sunrise. When the school originally functioned as a one-classroom school, the whole interior was illuminated by the sun as soon as it rose above the horizon. Today, the light beams in over the rotting timbers and discarded furniture.

This 19th-century school house is a charming little building in rural county Leitrim. Closed in the 1970s, it is a fine example, or even symptom of, the rural decline experienced here over the past few decades. The population has been dwindling here for some time, and the entire county is dotted with disused school houses. In the landscape around these disused schools are the remains of collapsed and abandoned vernacular houses, old farmsteads and out- buildings, often being swallowed up by the encroaching commercial forestry. It is bittersweet in some ways; a delightfully quiet and peaceful place that is green and lush in summer time – but is a simultaneously withering rural lifeway.

In 1937 the Irish Folklore Commission, in collaboration with the Department of Education and the Irish National Teachers’ Organisation, initiated a revolutionary scheme in which schoolchildren were encouraged to collect and document folklore and local history. Over a period of eighteen months some 100,000 children in 5,000 primary schools in the twenty-six counties of the Irish Free State were encouraged to collect folklore material in their home districts. An extract from these records for Brockagh National School is featured in the slideshow above.

If you or someone you know attended this national school, or if you have any further information about this school – please do get in touch and share any stories, anecdotes, photographs, or any other memories you may have. You can do so here. If you know of  further schools that I could visit, please do let me know. If you would like to purchase the book The Deserted School Houses of Ireland, visit the shop page here.