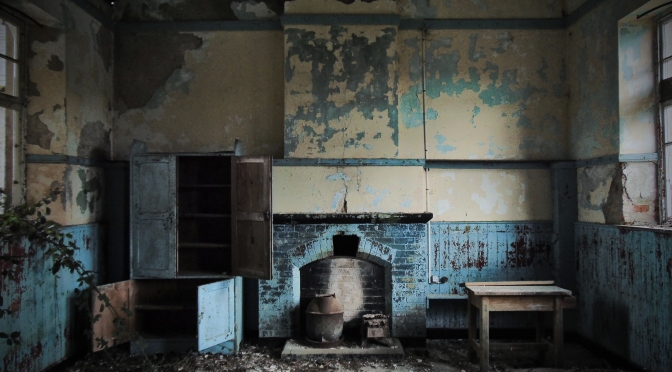 Carrigan townland is situated in the Parish of Ballintemple in County Cavan. Here, just off a small country roadside, are the remnants of a late 19th-century detached, U-plan, single-storey school, built 1897.

The building includes the typical double entrances at each end for boys and girls, with the schoolyard to the rear also being segregated. A Stone plaque to centre of front elevation is inscribed ‘CARRIGANS NATIONAL SCHOOL / 1897 / ENLARGED BY REV T. MAGUIRE CC / 1929’. 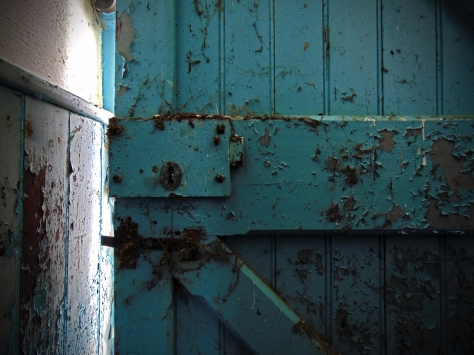 It would appear that the original construction comprised a two-roomed school with two further classrooms added to the rear in 1929.

The tall windows in pairs of three for each of the two front classrooms allowed adequate light to get a few snaps late in the overcast evening. Inside, the faded colour of the once brightly painted walls in the evening light made for some pleasing images. This is a late-19th century school retaining many historic features, including original grouped windows in raised position, carved rafters, and characteristic stone plaque. The dual entrances and divided yard reflect the gender segrated nature of primary schooling in the 19th and early 20th centuries. 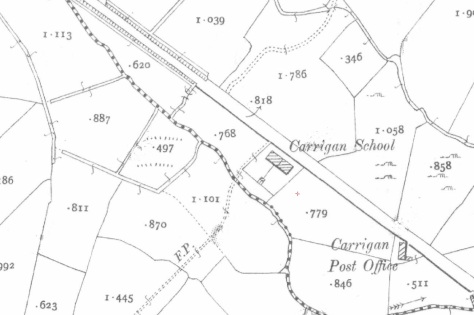