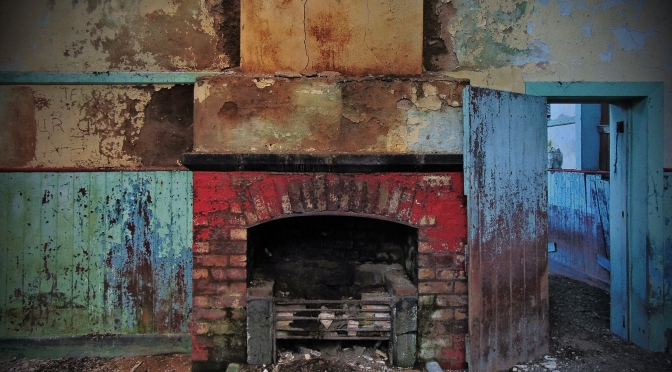 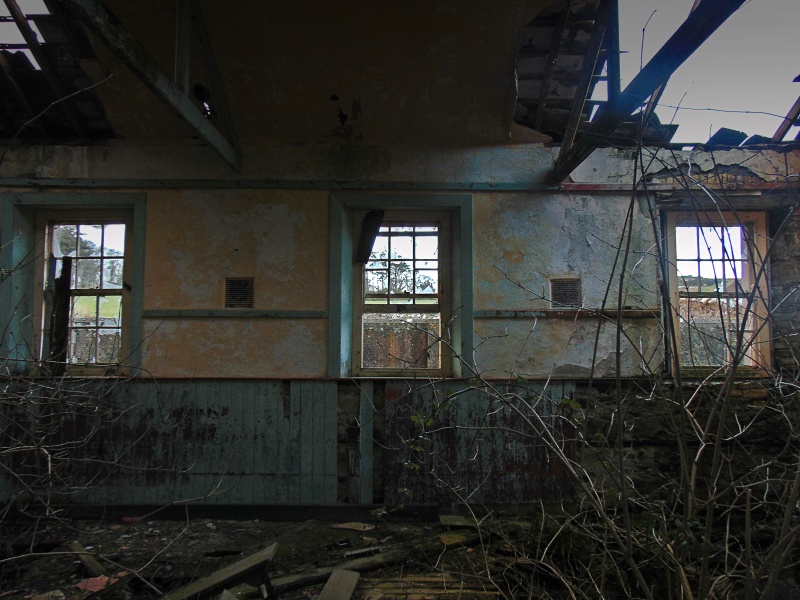 West of Killala Bay on the north coast of Co. Mayo is the rural village of Ballycastle. On an overcast day, the beauty of this place can be well hidden, and the village can appear unremarkable – despite it’s pleasant setting by the Ballinglen River which flows into the Atlantic nearby at Bunatrahir Bay.

A modern national school stands in the village today, though adjacent to the R315 stands the dilapidated remains of the former, late 19th-century two-roomed school house erected to a standardised design for the Commissioners of National Education in Ireland. Closed in 1970, a prolonged period of neglect notwithstanding, the elementary form and massing survive intact together with substantial quantities of the original fabric, thereby upholding much of the character or integrity of a national school making a pleasing, if increasingly forlorn visual statement in a gently rolling setting (NIAH).

With the roof now collapsing and the interior becoming more and more exposed to the harsh elements of the Atlantic Coast, the suspended wooden floor is also beginning to give way. Despite being exposed to this harsh weather, the chimney stack in the northern classroom retains it’s brightly coloured paint. For more on fireplaces in schools houses, see ‘Keeping the classroom warm‘. 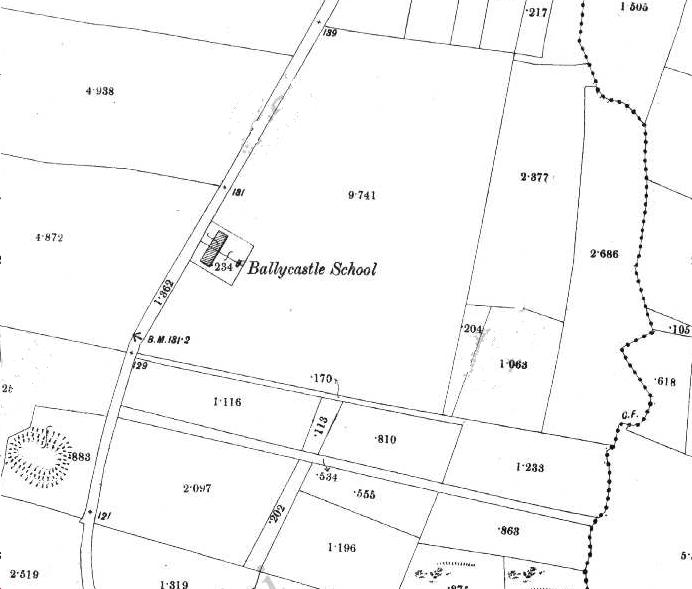