Crossboy National School is situated in the townland of Crossboy in the parish of Killerry near Lough Gill on the Sligo/Leitrim border. I passed this school house by chance and managed to take a few snaps before the rain came down. The building comprises a detached L-plan (extended to the rear from the original building at possibly a later date) single-storey structure located at the Crossboy junction.

Much of the external surface of the building is overgrown with ivy and no name/date plaque could be found. Drawing on a comparison with other school houses of similar design, a late-19th/early-20th century construction date for this building is suggested here. There are two entrances to the front of the school house, and two corresponding gateways in the boundary wall with stepped approaches to the building – like many of the school houses of this date, these are probably segregated entrances for boys and girls. Internally, the building comprises two classrooms separated by a partition wall. At the time of my visit the later extension was inaccessible. 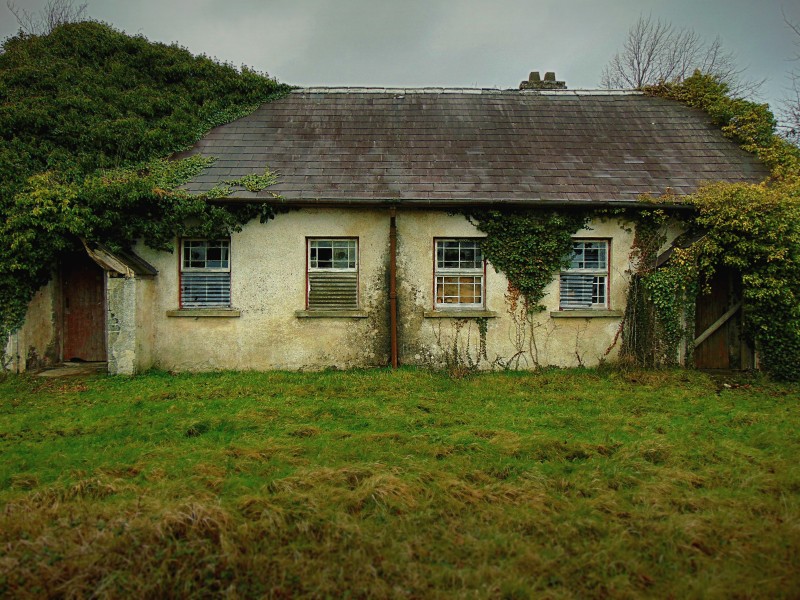 Local knowledge suggests a school was built in this spot c.1850 on land donated by a local landowner Mr. Griffiths, though the present building appears later in date. At the time of the 1901 census, 12 families were living in the townland of Crossboy, and family names included; Flynne, Fowley, Devany, McMorrow Gready, Clancey, Curreen Gallagher and McCran. An early account of the parish of Killerry is gained from Samuel Lewis in his Topographical Dictionary of Ireland during his travels in the early nineteenth century. Toward the end of the passage he includes a brief description of schools in the area:

‘Killerry, a parish in the barony of Tirerril, county of Sligo and province of Connaught, four miles south west from Dromahaire on the road from that place to Collooney and on Lough Gill; contains 2,969 inhabitants. It comprises 9,135 statute acres, as applotted under the Tithe Act. The land is of good quality, principally under tillage and there is some bog and excellent limestone. Fairs are held at Ballintogher on January 22nd, June 8th, July 28th, October 17th and December 8th; and a manorial court is held there occasionally. Oldcastle, the seat of Earl Loftus Neynoe, Esq., was erected on the site of the old castle of Kingsfort; near it is a strong chalybeate spa. It is a vicarage in the diocese of Ardagh, united to that of Killenumery, the rectory here is impropriate in M. Baker Esq. The tithes amount to £96.18.6, of which one third is payable to the impropriate or, and two thirds to the vicar. The church is a plain building erected in 1715. In the Roman Catholic division it forms part of the district of Killenumery and has a chapel at Ballintobber. About 140 children are educated in two public schools, and 110 children in two private schools. There are some remains of the old church of Killerry with a large burial ground and of an ancient castle at Drumcondra’ (Lewis 1837, 25). 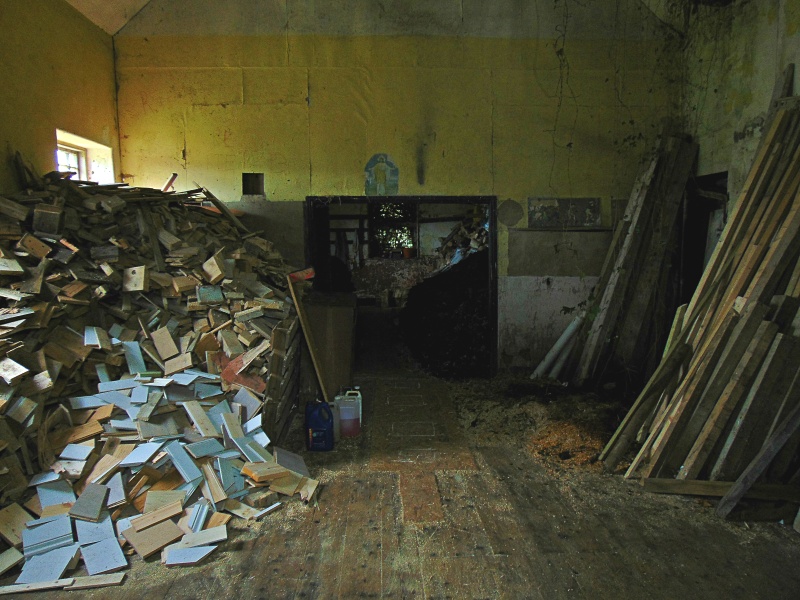 Though it is in a relatively good state of preservation, the school house is now used as a shed.