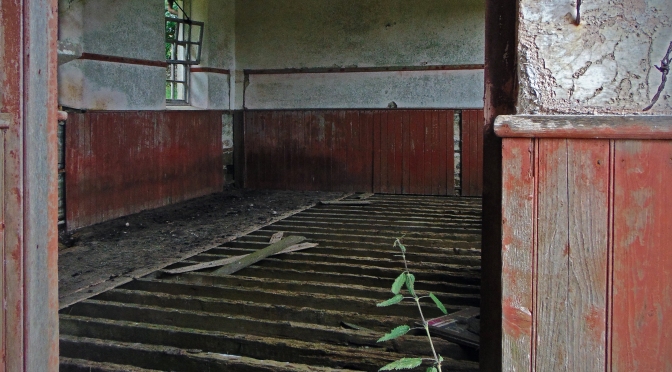 Every now and then I find myself on the road when I chance upon some old empty school house by a roadside somewhere. I wouldn’t say that I’ve become obsessed with these abandoned buildings, but it recently occurred to me that in the past 12 months I’ve visited just over 100 tumbling down ruins of old schools, and that at the moment I feel compelled to stop and take a quick look around when I do accidentally stumble across one. While travelling from Ballymote to Armagh last month, I happened across a late 19th-century school house in the townland of Kilnacreevy in Co. Leitrim.

County Leitrim is Ireland’s least populous county, predominantly rural in character, with Carrick-on-Shannon being the only sizeable town of note. However, the countryside is stunning in an understated way, defined by rolling, boggy drumlins with small lakes interspersed between. The land is agriculturally poor, and the hollows between the drumlins tend to become water-logged and boggy. In 1837, the antiquarian Samuel Lewis described the region as ‘generally wet, sour, and moory’.

I feel Samuel Lewis was a little unfair with his description of the region. In the area around Garadice Lough on the Leitrim/Cavan border, meandering country lanes navigate the hillocks and lakes, and lead from one small village to the next. It is on the northern shore of Garadice Lough that you’ll find Kilnacreevy townland; a place that hasn’t changed much in the past 100 years.

It was just a little over 100 years ago that a small one-roomed school house was built here overlooking the lakeshore. It is located on the northern side of the modern R199 road. The school building comprises a detached, single-storey, three-bay,one-roomed school house of rubble and brick construction, with a pitched slate roof. The date plaque indicates that it was constructed in 1897. It is near identical in form to the example from Sonnagh Old in Co. Galway, and in a similar state of decay. 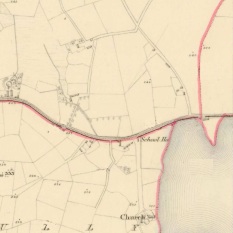 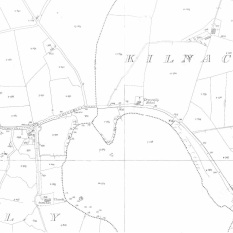 Comparing the First (1835-1845) and Second (1895-1907) Edition Ordnance Survey maps, you can see that the 1887 building replaced an earlier school house once located on the opposite side of the road. The 1897 building is clearly an OPW design, part of a significant school building movement in Ireland toward the end of the 19th century. On the First Edition Ordnance Survey sheet, another school was located beside the rectory just over a kilometre to the west in the townland of Killaphort. It’s association wit the Rectory here might suggest this was a Protestant School.

Although now derelict, this former school building retains much of its early character and form. Its simple symmetrical form is typical of the standard school buildings designed and built in great numbers by the Office of Public Works for the Board of Education during the late 19th-century, and in the first decades of independence, particularly from c. 1925 to c. 1939. This particular school was built in 1897. Its form suggests that it was originally built as a one classroom school although This impression is undermined by the boundary wall to the rear, which divides the yard into two separate enclosed spaces. The school retains many original features that enhance the facade such as the slate roof, timber sash windows and the carved limestone with incised Gaelic script. This simple school building was of social importance to the local community and represents a modest addition to the built heritage of the local area.

An excerpt from the records of the Folklore Commission* for Drumreilly National School is included below. This dates to 1937 and contains a local poem about ‘The Drumreilly Bell’.

*In 1937 the Irish Folklore Commission, in collaboration with the Department of Education and the Irish National Teachers’ Organisation, initiated a revolutionary scheme in which schoolchildren were encouraged to collect and document folklore and local history. Over a period of eighteen months some 100,000 children in 5,000 primary schools in the twenty-six counties of the Irish Free State were encouraged to collect folklore material in their home districts.